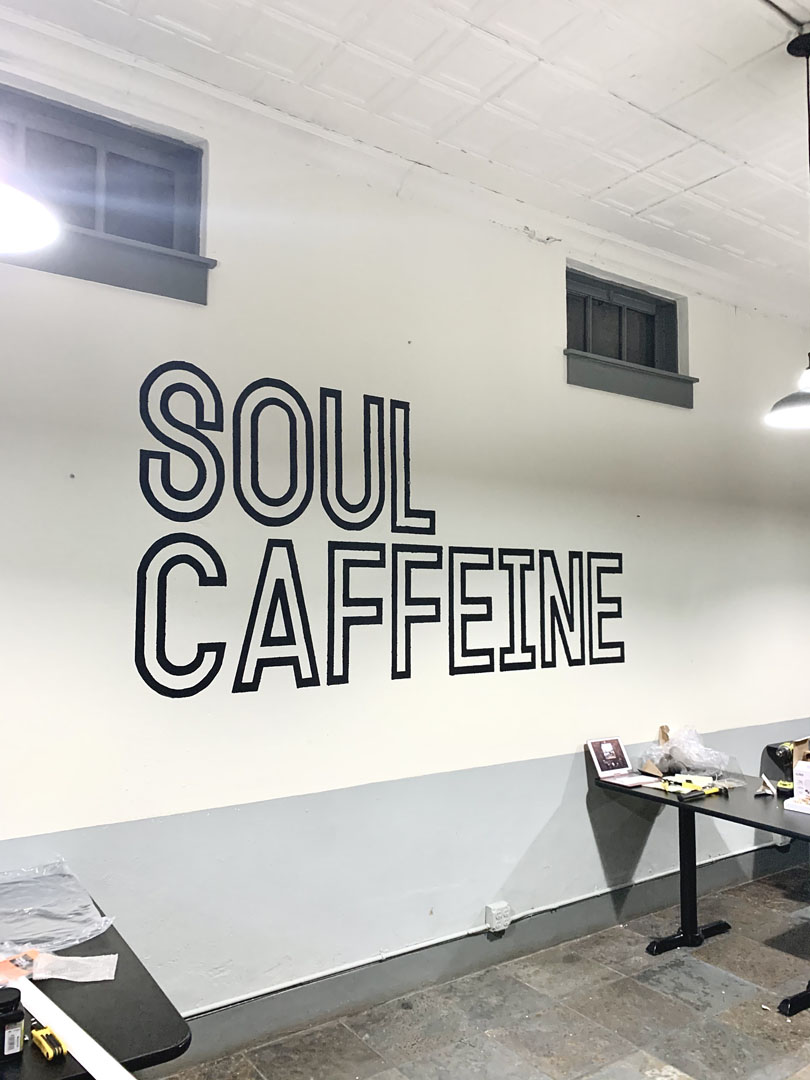 When Soul Caffeine told me they were opening a new shop in Mobile, they reached out to see if I could write their menu again on a big chalk wall behind their counter. This menu included a lot more, since they’re expanding their breakfast menu and adding lunch items. Menus are my favorite, so I was excited for the project.

They also wanted something that made a statement on the big wall in front of the coffee bar. They  wanted something similar to the giant outlined letters at their Daphne location, but a little more modern. Originally she wanted white on a black wall like a chalkboard, but after seeing The Salty Palm’s new wall logo, she changed her mind! 😍 This project about 5 hours in total on June 7, 2021.

On June 17, I returned to write their menu. I couldn’t start until the sun was mostly down at around 7:30 and finished around 1:30 AM. I used 5M & 7M Posca pens with various colors for the art. 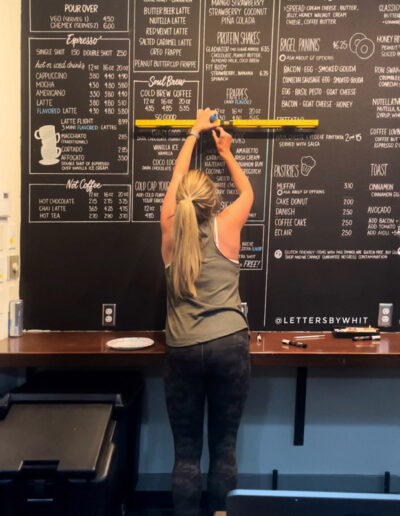 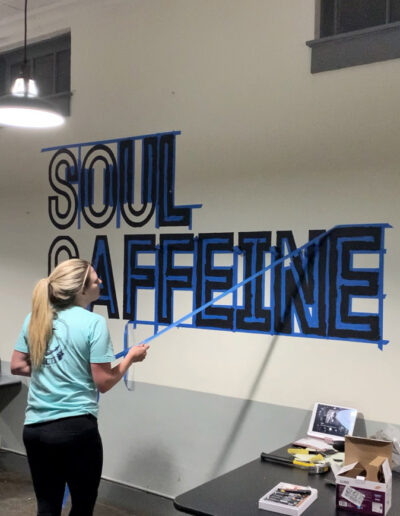 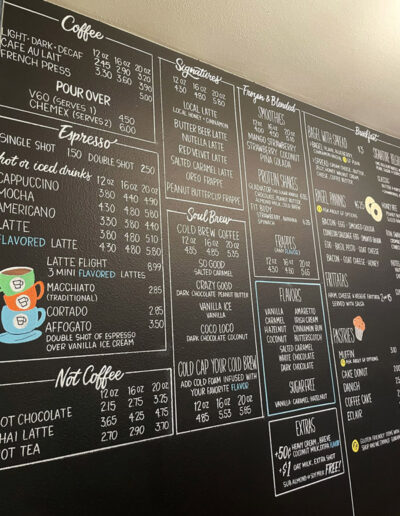 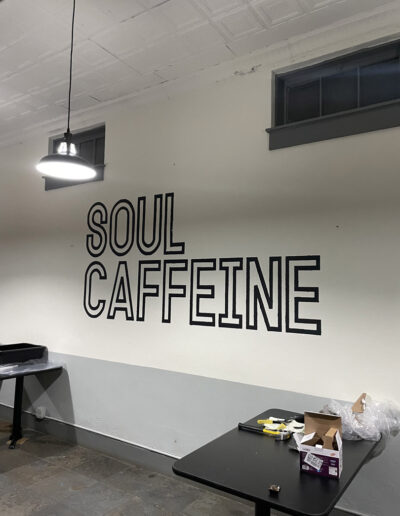 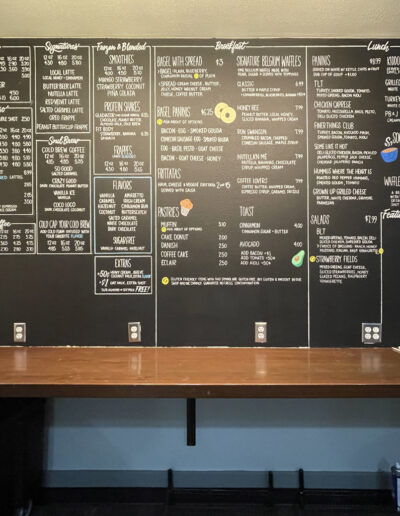 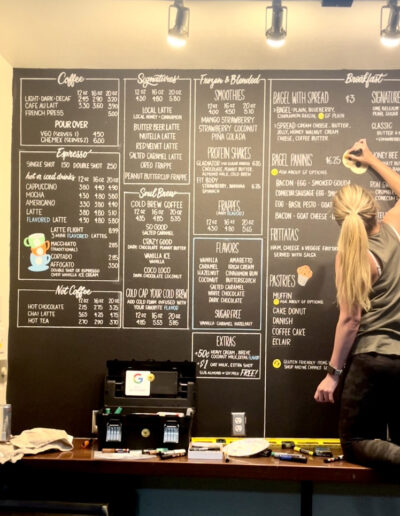 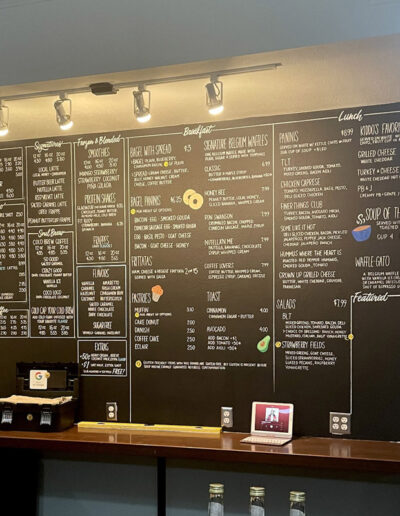 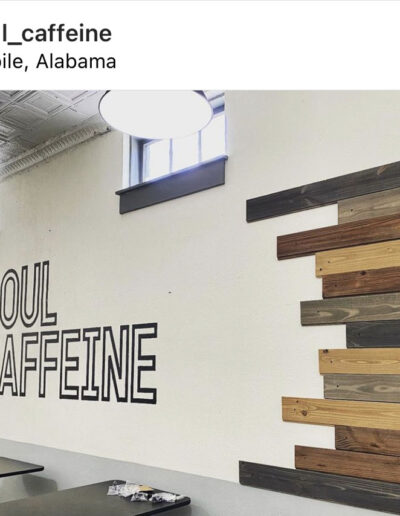